It’s us.  Our self-righteous, holier than thou, stance.  Our brazen disregard for God’s word when we decide to publically denounce her, and any other believers we don’t agree with.  When Lauren Daigle, and other believers in the public domain do not behave as we believe they should behave, we see our own humanity and brokenness and we call it out.  Because let’s be real, it’s easier – less messy, less work, less painful – to see the speck in someone else’s eye than to deal with the plank in our own.

Back in the fall of 2018 Lauren performed the first single, Still Rolling Stones, off of her sophomore album, Look Up Child, on The Ellen Show.  It was her debut performance on the show.  I didn’t watch the performance live, because I didn’t know about it.  I got to watch the replay on YouTube and I was absolutely blown away.  I’m not a big fan of daytime television so I’m not certain that Lauren was the first Christian artist to perform on the show, but I know she could only be one of a handful, as not many Christian artists enjoy crossover success without going pop.

As I watched, I belted out the words with her.  But even as loudly as I was singing I could hear God bragging as only a proud Father can, “Look at her!  She’s singing a song declaring my grace, and mercy, and resurrection power on a nationally televised show hosted by an openly gay woman.  I did this.  I made this happen.  I put her on that stage.”  And at the end of the song, Ellen came up to Lauren and announced everyone in the audience was getting a copy of Look Up Child.  My jaw dropped and God said, “Are you seeing this?  Ellen used her own money to purchase a CD for everyone in her audience.  A CD full of songs all about Me!”  Tears streamed down my face.  God showed up and He showed off that day.

But then the backlash came.  People lambasted Lauren for her appearance as well as her song choice.  How dare she call herself a Christian and appear on an openly gay woman’s show? they wondered.  I read that comment over and over on different sites and felt so confused, angry, and embarrassed even.  I yelled at my phone or laptop “Because God opened the door for her to be on there!”

Then the drama came.  At what seemed to be the height of the backlash, Lauren was interviewed by a radio personality known for stirring up controversy and was asked about her performance on Ellen and the fallout that followed.  He asked her about her personal thoughts on homosexuality being a sin.  People did not like her answer.  It was, admittedly, indirect.  She didn’t openly call homosexuality a sin.  People were outraged.  While I didn’t personally agree with the words she used, I totally related to the situation in which she found herself.  I spent the better part of 2018 avoiding topics God wanted me to share with people.  And the platform I have is minuscule compared to hers.  I can only imagine the thoughts whirling through her head as she was thinking of a response to the direct question about whether she thought homosexuality is a sin.  Did she skirt the question?  I don’t think so.  I think she answered it honestly.  And she was publically judged for it.

God invited me to write a blog post about it but I ignored Him.  It was one of the controversial topics I didn’t want to talk about.  From time to time Holy Spirit would remind me of the invitation but I brushed Him off.  I argued that the moment had passed.  It would be silly for me to write about it when people had probably already forgotten about it.  But then Twitter was all abuzz with Lauren related posts  – again declaring that she isn’t really a Christian – following her Billboards performance last Sunday. 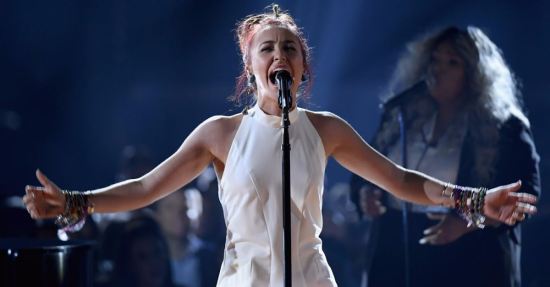 Why are we, as believers, so quick to beat one another up?  I constantly hear about believers being persecuted by the world, but it’s so often us who are doing the dirty work of the deceiver, not the world.  When not if, we don’t agree with something a fellow believer says or does, the last thing we should do is grab our pitchforks and publically rake him or her over the proverbial coals.  God says in His word that the world will know we are His followers by the love we show one another.  How is it loving to publically question someone’s faith?  How loving is it to use social media to judge someone and call them out their name?  It.  Simply.  Isn’t. (mentally insert hand clap emoji)

After the whole Ellen controversy, I listened to Look Up Child with new ears.  It wasn’t something I did intentionally, but God pricked my ears and showed me how the songs He gave Lauren for the album were songs she needed to hear during the season she was in.  She needed to preach to her soul, much like David did, to remember God’s faithfulness during times of doubt.

Last month, two of my students asked if they could play a song during independent practice time.  Before I could answer, one of the girls, who happens to be openly gay, said, “Mrs. Floyd, it’s a Christian song!”  I asked the title and they both announced “You Say” with such excitement on their faces.  I shook my head and chuckled as I said, “Oh, that’s a song from Lauren Daigle.”  Even though I only play Christian artists, they were impressed that I knew the song.  Apparently, Lauren Daigle had been experiencing some crossover success, with the song being played on secular stations.  I’m not saying that Lauren is a modern day Esther, but it is clear to me that God is using her the giftings He bestowed upon her – her ability to write and the voice she uses to share her lyrics. 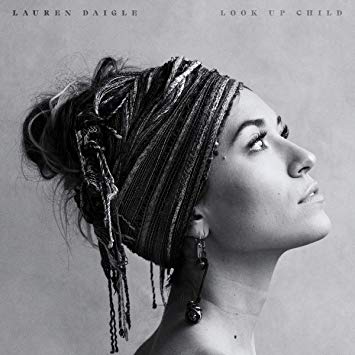 If you haven’t already listened to the album in its entirety, I pray that you would do so with a soft heart, open mind, and unstiffened neck.

Reina Floyd, founder of Faith Fitness and Mommy Stuff, is getting real about what it takes to juggle a marriage, 4-year-old twins, a precocious 11-year-old son, and full-time work with her passionate determination to walk in freedom as she tries to live a healthy and whole life. When Reina "grows up" she wants to work in full-time ministry with young women ages eleven to twenty-one. She currently teaches high school math and faith-based group fitness classes in Columbia, SC where she lives with her husband, David, and their three sons. View all posts by Faith Fit Mommy Stuff

2 thoughts on “The Trouble With Lauren Daigle”

I am a daughter of God –  a rebellious sinner saved by grace. I’m a full time wife, mom, a high school math teacher, and a certified Revelation Wellness® instructor. I also dabble a bit in blogging.